A few years later after my brother died, I was online and found a poem that someone I grew up had written about my brother, It kind of pissed me off and I am not sure why I had that reaction maybe because I didn’t want to face what happened and someone had posted this online, an event that affected me so deeply and was so personal.. Years later, I tried to friend them on social media and they never responded and as stupid as it sounds, it fucking stung, really bad. Trauma never leaves you and you can be triggered any second.. Oh, who gives a fuck anyways, 😥

I feel really overwhelmed with social media right now, I’m not feeling ignored, in fact, I’m getting love and support than ever and it’s much appreciated, it’s surreal actually to feel like my words and thoughts are resonating with so many people in a such a positive way.

But with all that, it’s tiring, maybe it’s me sharing my brother’s story about suicide live or maybe it’s me posting too much and relying too much on the validation of other’s ( it’s so easy to get hung up on likes and comment and then place your self-worth on that) Maybe it’s seeing post after post where everyone seems happier and more productive than I ( Who isn’t running a group and making live videos these days?) And I know it’s a facade but it still causes anxiety. I also have my own successes but I still can’t help but compare to others in a negative light, I’m never good enough despite my best efforts. Maybe it’s the fact that I never see the posts from the people I care about the most and they never see mine ( or so they say, they most likely skipped through my posts on their newsfeed). Maybe it’s desperately wanting to reconnect with people who don’t want to reconnect with me ( that hurts,)

And some of this is my anxious thinking, it’s hard to tell what is anxiety and reality at times. I just know social media is getting old and very frustrating. I am focusing on my groups at the moment but not on posting or scrolling through my newsfeed ( what an awful waste of time that is), maybe this will help my anxiety. But the worst part is very few people will bother to read this whole post, they make skim it but not absorb the message.

It seems to be that the more connected we are online, the more truly disconnected we are in person, life is funny that way. Sometimes I wish I could throw my computer and phone in the ocean, move to a tropical island and liberate myself from this digital prison, it’s a trap, a crutch and it’s doing harm to us all. 📱😥😒

I’m older than I look and it feels like the world is changing so quickly and there so much that I experienced as a kid that is non-existent today and it doesn’t feel like that long ago, technology, places I visited, just daily life back then would have no place in today’s world. I will never forget that when I was small, we didn’t even have a VHS player, we had Betamax, Betamax!!. Most people my age have never even heard of that. We used to rent videos at Erol’s video ( a long-defunct video rental chain and internet provider) and I have this memory of watching “Raiders of the lost ark” on Betamax and each tape had only an hour of tape time, so you have to have two tapes to finish the movie.

When it came to music, we went to Tower Records or the Wiz, both meccas of buying music, they had everything: CDs, cassette tapes, LP records, laserdiscs, VHS tapes ( all dead formats) the idea of going into a store and buying any kind of physical medium is dead now, everything is streaming and if it’s not available to stream, then you are out of luck.

Every Saturday, we’d see our Grandparents in Arlington, VA and got to Ballston mall          (Now it’s nothing but an ice rink), then it was a flourishing indoor mall with shops and was connected to a metro that would take you all over the DC area ( The metro is the only thing that’s still there).  I heard they destroyed the mall and replaced it with trendy hipster shops that could find in any other place ( nothing unique about it), damn that’s depressing to me. Anyways, we’d spend time at the food court almost every weekend. Sometimes we’d go to Rosslyn and go to eat at Roy Roger’s, they sold fried chicken and it was really good, much better than KFC and about as good as Popeyes. The whole restaurant was like a cowboy-style with pictures of Roy Rogers all over the wall of this place that looked like a saloon. Roy Roger’s is gone; just a faded memory for most people but for me, it’s ingrained in my mind as a sort of magical place where I spent time with my dad and grandfather.

I think of all the little mom and pop places that surrounded the neighborhood where my grandparents lived; gone; replaced with CVS’s and hallmark stores, Harris Teeters and yoga studios for all the hipsters who live there now, some call it progress but for me, it makes me sad. And speaking of CVS, whatever happened to People’s drugs and drug emporium? These places existed at one time, I remember, they were all over the place one day and the next day gone, replaced by CVS, what does CVS mean anyways, I miss stores that had names that told you what kind of products they sold, you know?

I remember Black-eyed pea ( and no I don’t mean the band), the restaurant. We spent so much time after church, it was just American food but it was one of the first sit down restaurants I remember going to and I always ordered the chicken fingers, I loved their honey mustard sauce, as a kid it was paradise. That place is gone, just like all the others, it’s a transient area, no one living there now has ever heard of that restaurant and they don’t care because it’s a not a chain, the people that move in love chains because it reminds them of the boring place they came from before they ruined the place where I grew up.

I know time must move on but does it have to move so fast? Why close businesses and change a neighborhood to cater to people who didn’t grow up there. Our experience are not only attached to people but the places that are associated with them. And when you destroy that neighborhood and destroy it with trendy shops, you’re erasing my childhood, am i the only one who sees it? Is anything sacred, can’t some things stay the same forever? I know I can’t live in the past but it’d be nice to take a vacation there every once in a while. 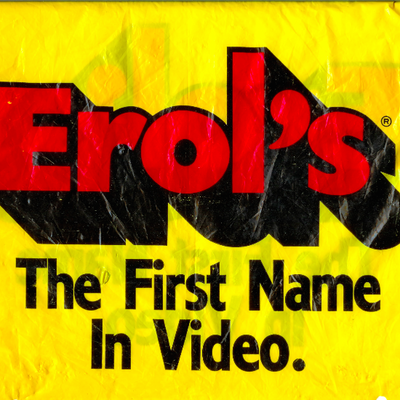 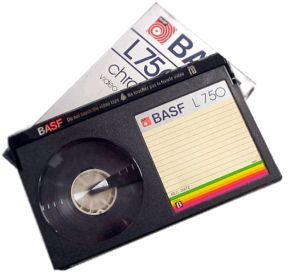 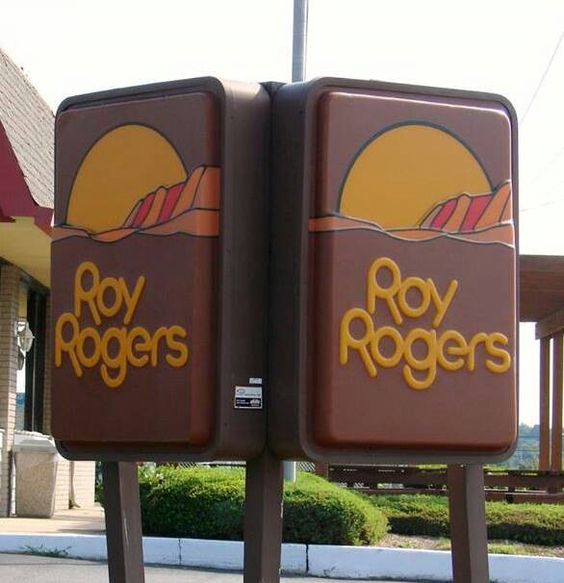 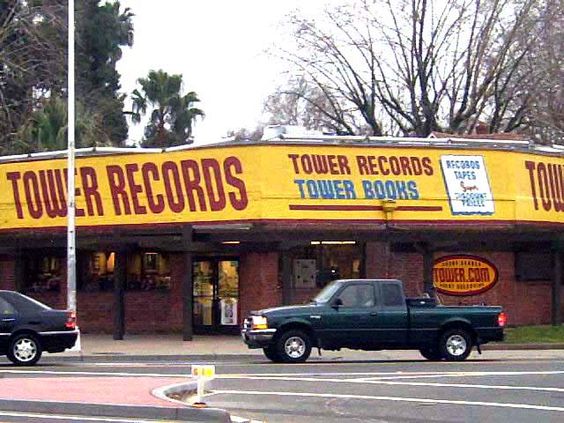 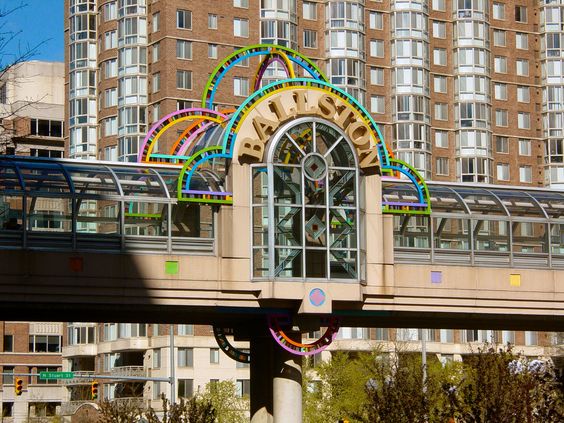 I’m about 7 and my neighbors are having a get together with everyone in the neighborhood, I’m excited, they are roasting a pig and everyone is wearing Hawaiian t-shirts, suddenly fear overtakes me, the clouds grow darker and an eerie silence comes as the birds stop chirping. Worry fills the looks on the neighbor’s faces, I feel my forehead get slightly wet and before I knew it, the sky lit with lightning, soon I was drenched with rain, I ran for the shelter of the house “Mom, mom, I screamed, come on let’s go” I was terrified, storms scared me and I felt helpless, she finally came to my rescue and wrapped a towel around me and tried to calm down. I went in my brother’s room, I could see the neighbors yard from there, the once crowded festival was now empty with only the lone pig getting soaked with rain, I couldn’t help but feel sad.

I’m playing in the pool and I’m by myself, usually, my friend Michael is here, where is everyone? I hate swimming by myself. Suddenly the whistle blows and they tell everyone to get out of the pool, I wonder why, until I see the dark storm clouds above, storms scare me and I am only two minutes from home but when you’re nine years, it feels like two miles. I’m so anxious.

I grab my towel and my flip flops, I can still smell the chlorine on my body. I run through the shower area, out of the main office and up the pool path, I’m beyond scared at this point, I am running home as fast as I can and suddenly the rain pours on me and the path becomes a waterslide, I slip and fall on my knee, tears fill my eyes, I look at my knee and it has split open. I cried “Mommy, mommy” but she was too far away to hear me. I just lay there in pain, soaked with rain. Eventually, I limped back home and my parents saw my knee and we hurried off to the hospital, there they gave me stitches as my mom held my hand.

About a week later, I was riding my bike and I fell and reopened the wound and had to have a second set of stitches, much to my dismay. Eventually, my knee healed but it remains permanently scarred to this day. Every time I see that huge scar on my knee, its a reminder of a day I won’t forget. Sometimes no matter how much we want it, some wounds will never completely heal.

I don’t know how old I am but I’m little, in the backseat of the car, my mom’s driving, it’s dusk and I’m looking out the window at the orange painted sky and those clouds, oh those clouds. We’re on 495 heading towards the airport, picking up dad. The Bee Gees are playing on the car radio, I think it’s “Night Fever”. I love this kind of music, it sounds like it was made in a faraway time in a different world. I let the music take me away and I’m lost with my head still staring out the window, the feet tapping to the beat.
We arrive at the airport and I’m awakened from my musical trance; elated, I run to my dad and give him a big hug, he’s wearing a Hawaiian t-shirt, he just came back from a business trip to Hawaii for the VA, I missed him, it was a long week without him. Music brings those memories to the surface. Circa 1987 ❤

I wonder about all the people I knew so long ago when I was entering my 20’s, what they are doing with their lives, the journeys they’ve taken and what road they ended up on, I wonder if they still live in the same town and are dealing with the same things or did life change trajectory at some point. I wonder if they are the same people I knew or did they inevitably change and I’m the one that stayed stagnant in these memories. I wonder if after all these years they think of me or have I been forgotten with time. Why do they take up occupancy in my mind, the past is gone, it slipped away from me, bitterness when I think about the card I was dealt, to face this alone, well I guess this is growing up. 😕