If you have lived in the US for the past 10 years or so; you probably have heard the term “Don’t drink the Kool Aid” It basically means don’t just do what everyone else is telling you; don’t follow the crowd; it mostly applies to the politics and media. For example if someone said they supported Obama’s policies; they’d be drinking the Kool- Aid because they were accepting them at face value without thinking for themselves.

A lot of people use the term and don’t realize the origins of the phrase or they use the term and simply don’t care. Well let me school you for those not in the know. The term comes from the People Temple; a religious cult in the late 1970s that originated out of the Bay area. A Pastor by the name of Jim Jones indoctrinated his congregation who were made of mostly Blacks families and the elderly through mental, emotional and sexual abuse ( the abuse also involved children).

Knowing that the law was after them; Pastor Jim Jones eventually convinced most of his followers to pack up everything and move from their base in San Fransisco to the jungles of Georgetown ,Guyana in a communal camp ( away from the eyes of the prying American government) There church members were forced to work for 12 or more hours a day; with little food; uncomfortable living conditions with no air in the hot sun; and the camp was surrounded by men patrolling the grounds with guns; ready to shoot anyone who escaped. There was also a loudspeaker of tapes of Jim Jone’s sermons ( who was also an amphetamine addict who would stay up for days at a time). The abuse continued throughout the camp; worsened because they could no longer be watched by the government; it was a dire situation. Eventually concerned families back home contacted congressman Leo Ryan; stating that their families were being held against their will and suspected abuses on the part of Jim Jones and demanded an investigation. Congressmen Ryan; along with all major media outlets; converged on the camp in Guyana to see the “People’s temple” for himself. He was given a big welcome with a show and lots of singing and happy campers. Leo Ryan said ‘ People really seem happy here” But shortly after that he was handed a note by one of the church members; saying that he and some others were requesting that they go back home with Congressmen Ryan; Jim Jones said everyone was free to leave . But as soon as the congressmen and those wanting to leave Jonestown tried to board the airplane in the small airfield; a truckload of some of Jone’s followers opened fire; killing the congressman and most of those journalists that had accompanied him.

In a recorded audio cassette tape found after the massacre; Jones quickly gathered all of his followers and declared “The congressman is dead and they’ll be after us” ‘The women, the children, the babies; they won’t let us survive” He said that the only option was what he termed “revolutionary suicide” because if they couldn’t live in peace; they’d die in peace and this was followed by the sound of cheering Jonestown followers and eerily the sound of crying babies in the background. Some protested this and calling Jim Jones “father, isn’t there another way” But the protests were soon shouted down by angry followers; anyone who questioned “Father” was a traitor and should be killed themselves. Just to make a note; the tape is a very disturbing listen but you ever hear it; you can also note the sound of a bleeding tape with a previously recording of a choir singing; it gives an even more chilling tone” Anyways Jim Jones says that they are all to drink cyanide; the poison will go down smoothly since it will be mixed with a fruit mixture ( or kool-aid as some call it). Towards the end of the tape; you can hear that they are already administering the poison to the babies ( in synergies; a drop or two into the babies mouth) It is one of the most haunting things I have ever heard and it is very difficult to listen to. The next day over 900 followers including women, children and elderly; lay dead in front of the camp. Now some call it suicide but I call it murder; these people didn’t want to die; they were given no choice; poison or a shot in the head; that is murder. Just an unspeakable tragedy that no one should ever make light of.

A little backstory when I was a kid; I saw this tv movie that started with a Pastor who had an integrated church in the 1950s and was fighting racism in Indiana ( The Jim Jones story) I remember finding it interesting until the middle of the movie when the Pastor started yelling at the congregation and claiming he was God; and he got crazier and crazier. Once they got to the camp; it was really upsetting to watch. At the time I thought it was fiction; I had no idea it was a true story and I just remember feeling shocked because it was so surreal; all those people abused and then killed by a Pastor. I also found it to be an fascinating story and researched it and there is so much to this story; so much about mind control and using religion to manipulate people and abuse of power; just so much. Even the fact that Jim Jones never even took the poison; he shot himself ( or had someone shoot him since he was such a coward)

The reason I wrote this today is because someone used that term with me online and I immediately blocked them and they don’t even know me or my story. But I find the term offensive for a number of reasons; people use that term flippantly; not caring that they are not only making light of suicide but murder; the murder of babies by a madman. I know what they are trying to say when they use that term but it’s uncalled for. There’s nothing funny about what happened at Jonestown; whether you consider it suicide or murder; 900 innocent people died. Have we become so cold that death is something we laugh about? How would you feel if someone you were close to took their lives and someone made a joke about or used it to make point; you’d be angry too. People just don’t think before they speak; they don’t care about the lives affected by suicide or the families of the victims of Jonestown. Maybe they’re ignorant and they don’t know their history ( I assume that is most likely the case) and you can say I’m preaching or pointing the finger but you know what; maybe calling people out is the only way they’ll every learn to be more sensitive towards others. I think we should retire the word “Drink the Kool Aid” out of vocabulary forever. With that I am done. I hope this post has made you think in a different but I doubt that it changed your mind. But if you can see it from a different perspective let me know in the comments. 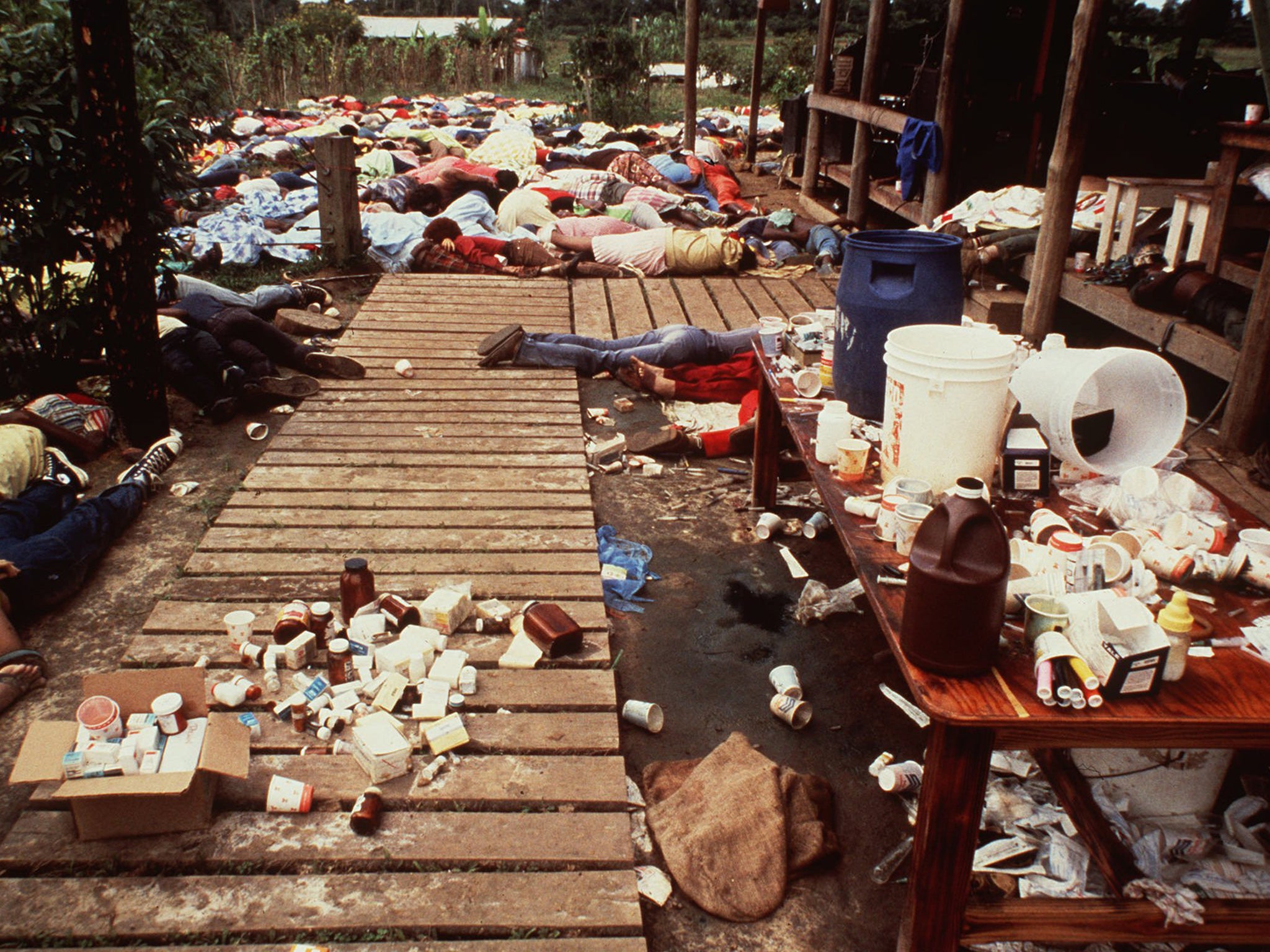 The movie I saw as a kid

Hello, my name is Dave. I love to write, it is my passion, I try to be vulnerable and honest in all of my posts. I hope to use writing to make a difference in the lives of others and help myself in the process; this blog has been very therapeutic and I can't believe I never took the time to write in the " about me" section. I am not a professional writer but it would be a dream of mine to be published. Please take the time to read this blog and feel free to comment anytime. View all posts by revolutionarymusings